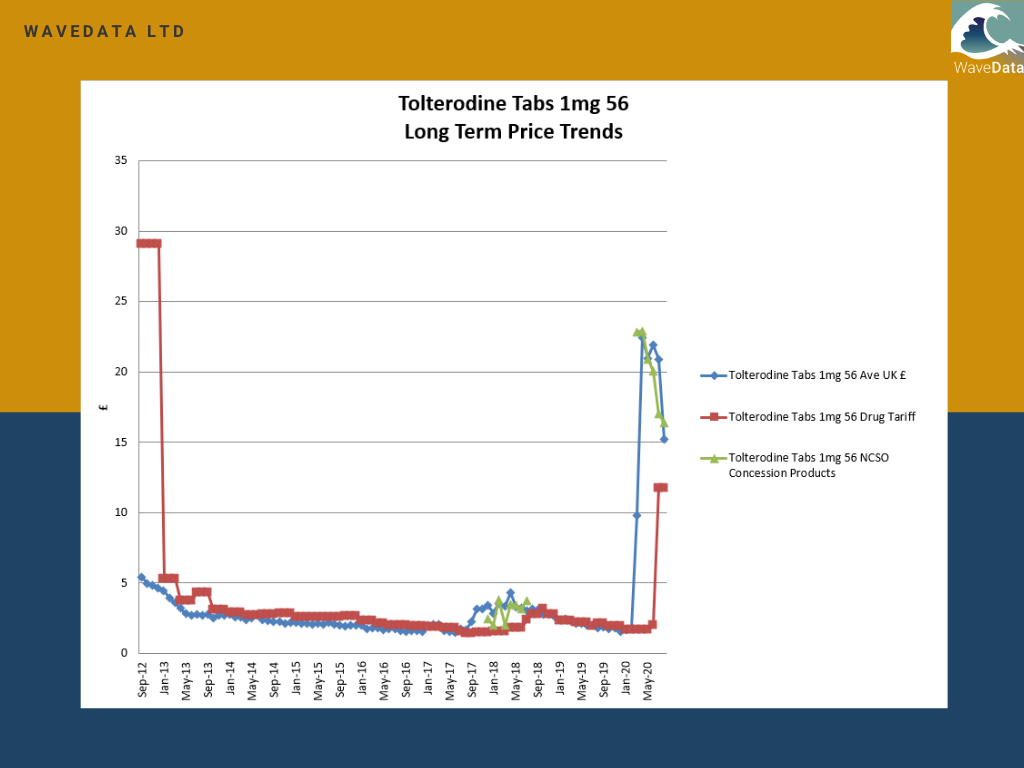 Tolterodine was launched in September 2012 after Detrusitol lost its patent protection. The average UK price of this product has remained steady since its release until April 2020 when there was a rapid price rise and a Concession price was awarded by the DHSC. Since then, prices have reached over £20 per pack. However, right now, the graph suggests the price is likely to fall in the coming months.

The long-term price history came from BPPI and the current data from September came from WaveData Live which can all be accessed from wavedata.co.uk/login