Is there a correlation between the Euro to Pound £ exchange rate and the average price of parallel imports? 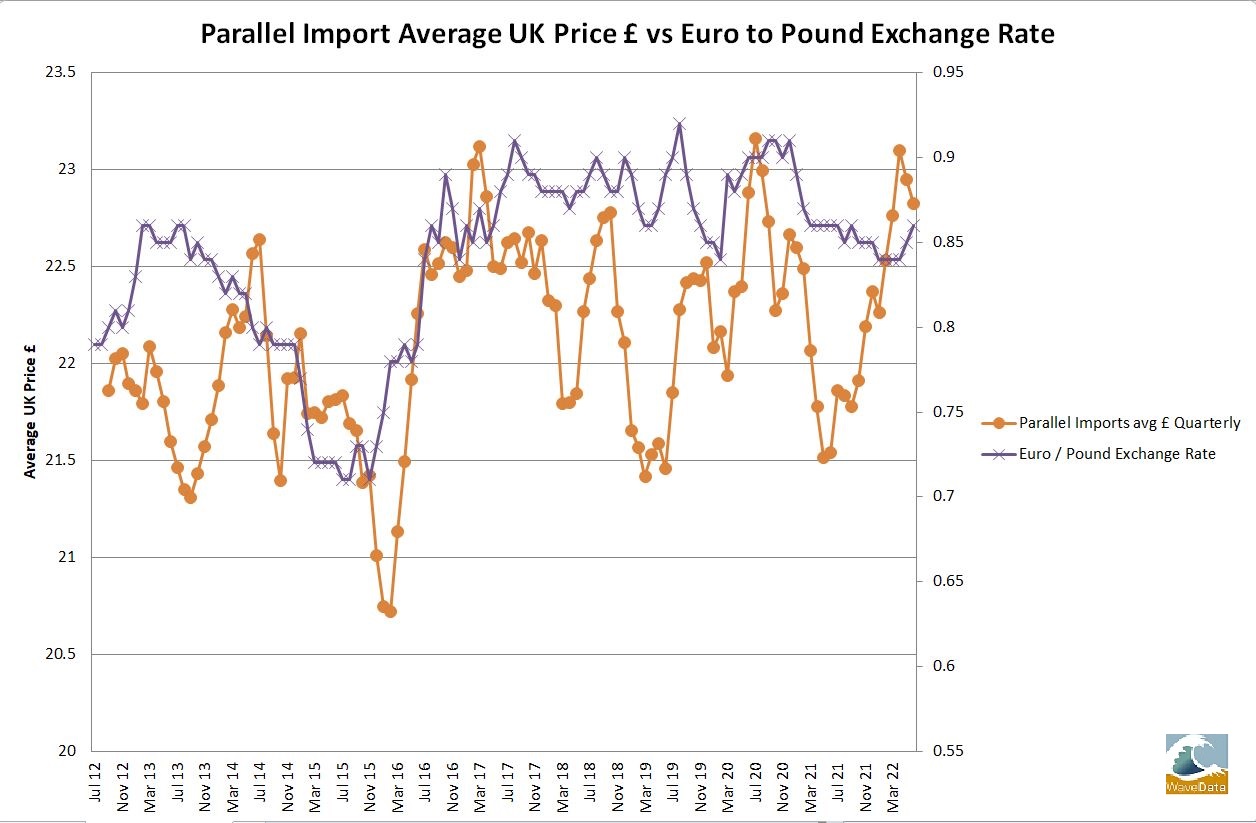 The prices that UK pharmacists and dispensing doctors pay for the parallel imports they buy have always been suspected to be correlated with the exchange rate. It would seem sensible to assume that exchange rate would be the primary driver of cross border trade. The two lines (exchange rate and PI Ave £) in the chart show that the peaks and troughs do sometimes marry up, but there are also lots of places where they part company.  In an analysis of the  1.9 million parallel import prices Wavedata has collected over the last 10 years, the relationship between these two variables has been shown to be poor at best with a correlation coefficient of +0.4, where +1 is a perfect correlation and 0 is no correlation.

This suggests that importers use the exchange rate simply to discriminate between profitable and unprofitable trades, but then are more concerned with the logistical and regulatory complexity of importing medicines into the UK.