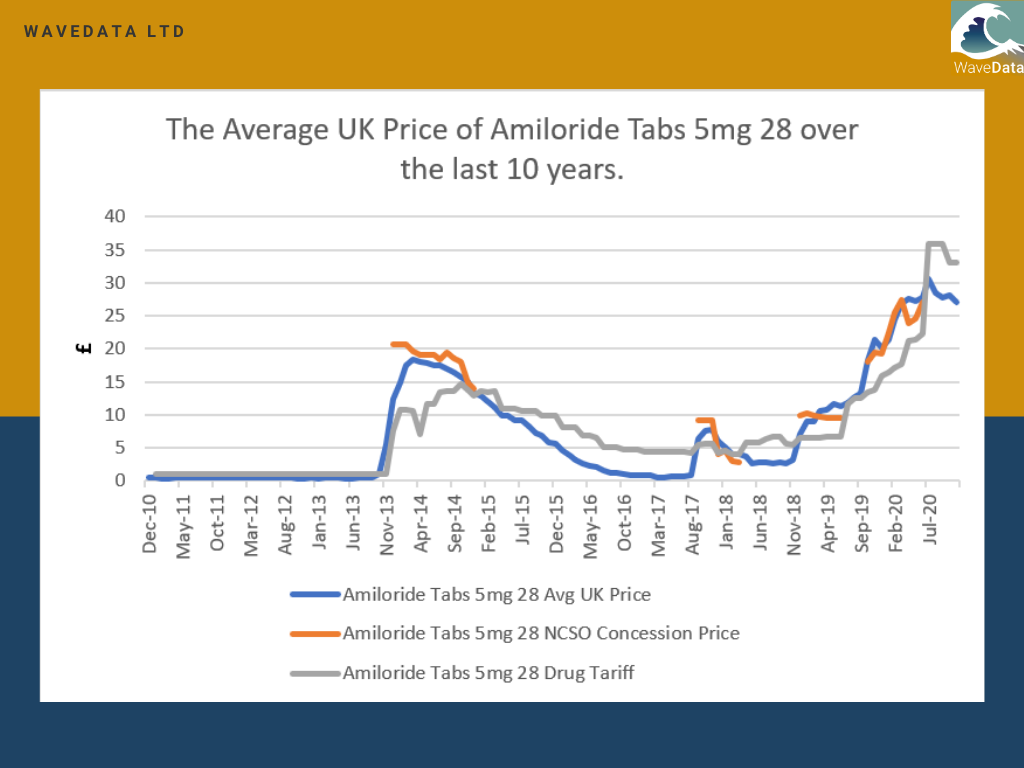 The market pricing of Amiloride Tabs 5mg 28 over the last ten years has been quite unpredictable. The average UK price started at £0.45 in December 2010, stayed at around this mark till November 2013 when the price reached £5.50 then increased to £12.29 in December 2013. An NCSO Concession Price was introduced then at £20.61. The average price of this drug reached a peak of £18.42 in March 2014 and then started to gradually decline, but a concession remained in place till December 2014.

With peaks being reached every three years or so, it would have helped manufacturers, wholesalers, and pharmacies if they had kept tabs on this product. If it does this again we can expect price rises in 2023 and 2026.