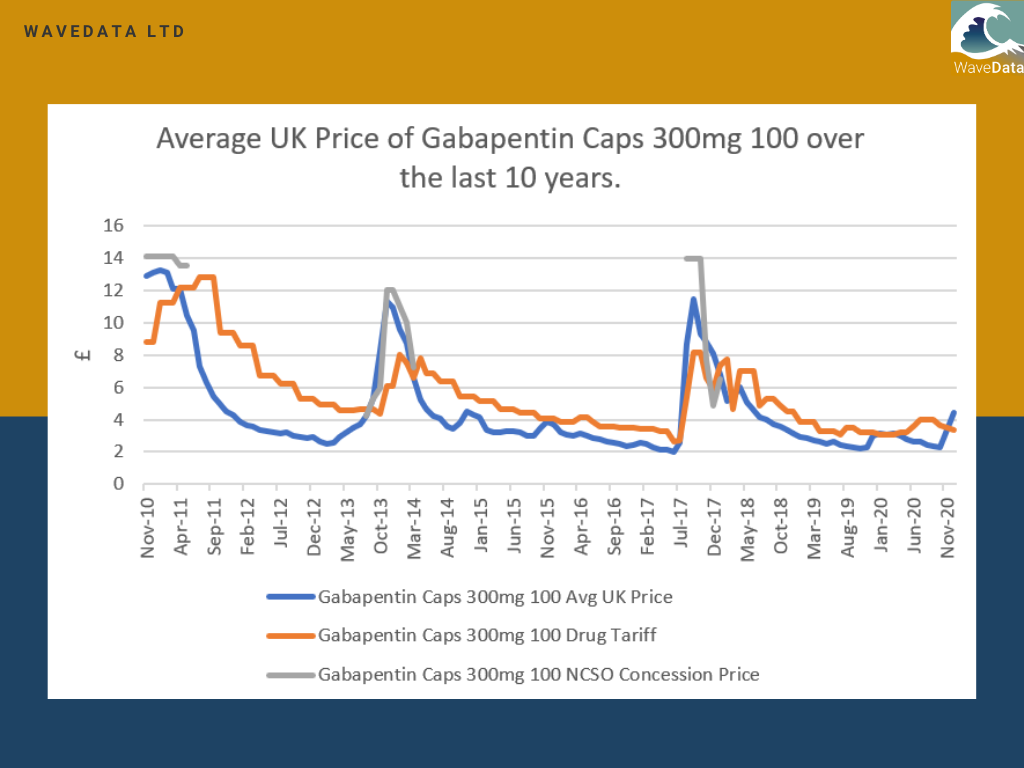 As we can see from the graph above, the average UK price of Gabapentin Caps 300mg 100 has followed a cyclical pattern over the past 10 years. It has reached £13.20 in Jan 2011 to as low as £2.00 in June 2017. As we can see this drug has price rises in January 2011, November 2013 and September 2017. The price for this drug could be affected dramatically due to the number of licence holders increasing for this generic product, disease factors or potentially holiday periods.

The drug tariff for Gabapentin 300mg 100 has closely followed the ripple effect of this drug, with the NCSO Concession price being granted three times during the ten years.

The long term history came from BPPI and WaveData Live which can be accessed from www.wavedata.co.uk.